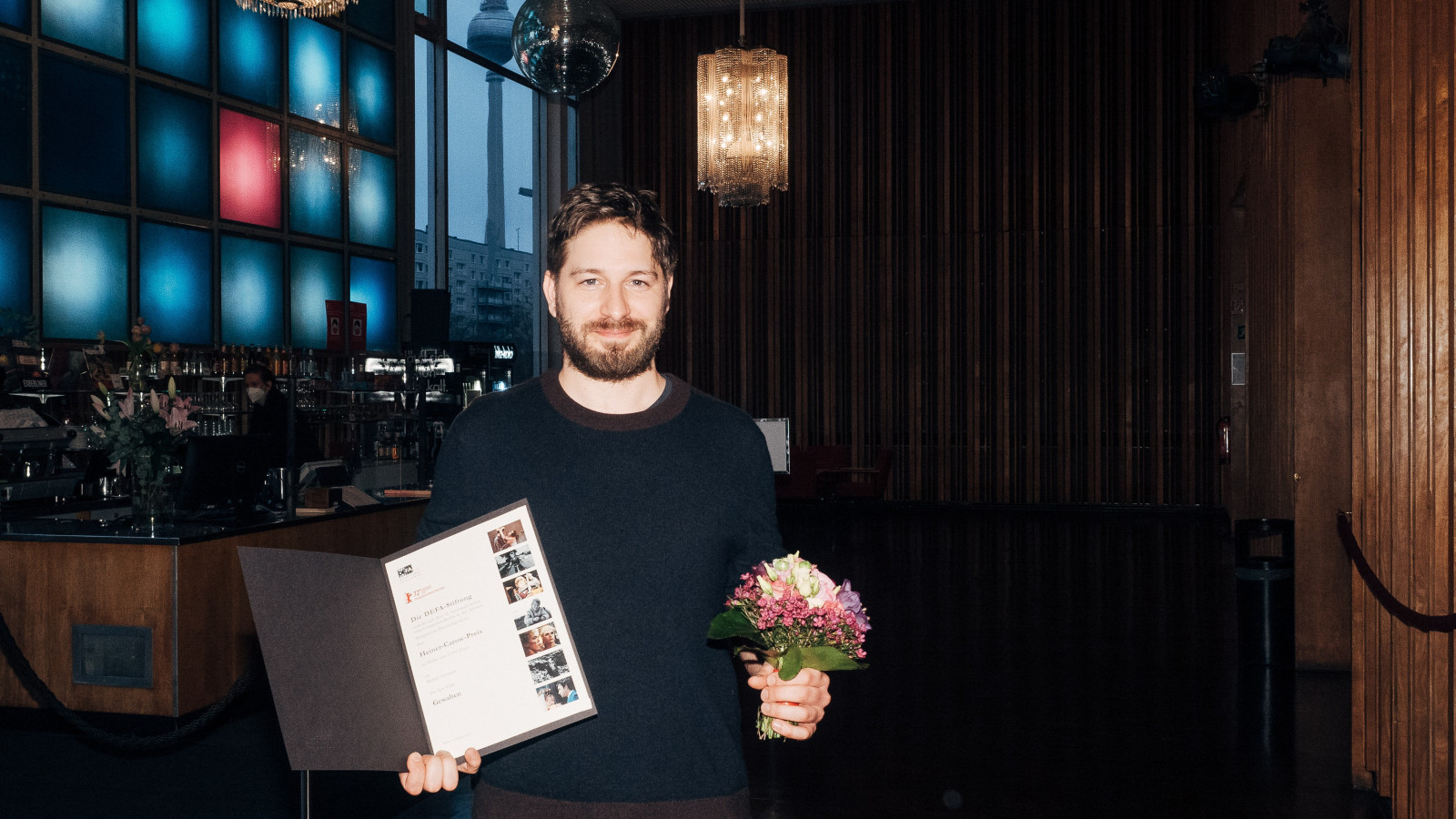 The Heiner Carow Prize for the Promotion of German Cinematic Art is awarded to a talent whose skills in the respective trade have made a particular mark on a documentary or feature film in the Perspektive Deutsches Kino section. The prize is offered by the DEFA Foundation and is endowed with 5,000 euros.

The jury (Alexander Iskrov, DEFA Foundation; Sandra Kaudelka, filmmaker; Ute Lubosch, actress) was irritated and impressed at the same time. In their jury statement, they said: "GEWALTEN did not make it easy for us, it is not a pleasant experience, we were at its mercy; however, it is a film that resonates, its intense images being impossible to escape, and one that obliges its viewers to ask questions to which there are no easy answers.

In a world full of brutality, Rafael Starman creates astonishing lyricism with his cinematography. His perfectly composed images help him generate an oppressive atmosphere that eschews no darkness. At the same time, he gives plenty of space to the wonderful ensemble with so many new, fresh faces, skilfully setting the scene for them.

We struggled with Gewalten, in the truest sense of the word. But despite the many obstacles and hurdles it throws up, this film ― also thanks to its images ― is one thing above all else: cinema, cinema, cinema!

High praise also comes from Kinescope Film managing director Matthias Greving: "Rafael Starman's camera shapes GEWALTEN into a world all of its own with magnificent and finely composed images. His feeling for every little detail is always in the service of a strict dramaturgy and a constant awareness of the development of his characters. A great award for a great cinematographer - very well done, dear Rafael!"

Like director Constantin Hatz, Rafael Starman studied at the Filmakademie Ludwigsburg and was already involved as a cinematographer in the latter's films FUGE, BRUT and STAMMTISCH.

The Berlinale section »Perspektive Deutsches Kino« has been dedicated to young German filmmakers for 20 years. For the first time in 2022, not only the selected directors will be honored but also talents from the fields of documentary directing, cinematography, editing, production, and production design.

The feature film GEWALTEN tells the story of teenager Daniel (Malte Oskar Frank), who looks after his terminally ill father (Robert Kuchenbuch) and is exploited by his aggressive brother (Eric Cordes). Daniel’s life is marked by coldness and violence. The 14-year-old finds solace in nature and in a dense forest. When he meets the equally nature-loving outsider Marcel (Paul Wollin), he believes he has found a friend. Also starring in front of the camera of Rafael Starman are Paul Wollin, Susanne Bredehöft, Beatrix Strobel and Ben Felipe.