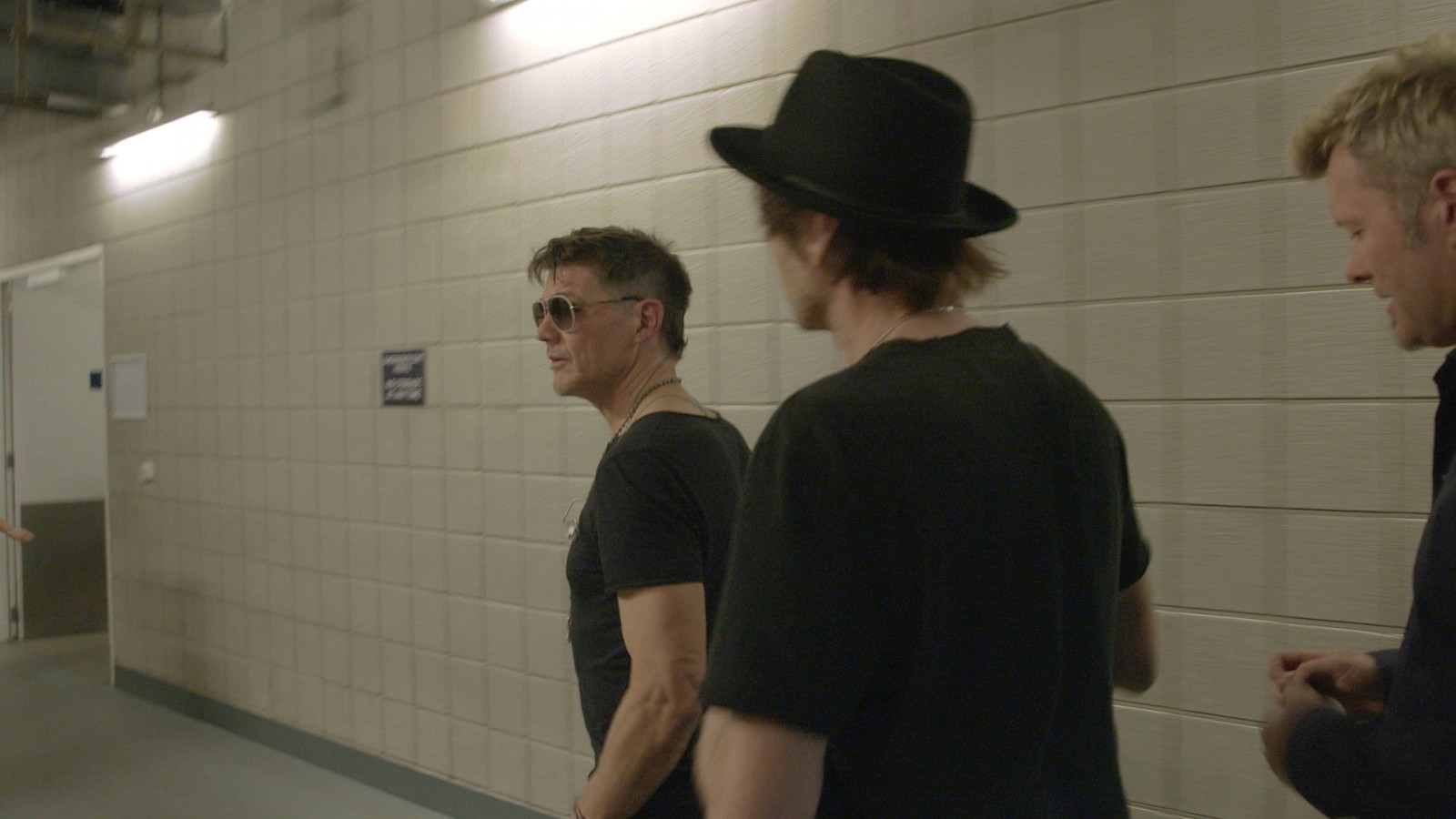 In the 80s, a-ha conquered the world with their super hit TAKE ON ME. But how the fame destroyed their friendship nobody knows until today. For the first time Morten, Pål, and Magne tell the story of the band and their lives themselves.

TAKE ON ME. Most of us know this number one hit from 1985. The song is still one of the most played songs of that time and it is still used in movies and TV shows. Recently, for example, in THE LEFTOVERS, in LA LA LAND, or DEADPOOL 2. And the band still tours the world today, drawing huge crowds.

Three musicians, all in their mid-fifties, are on tour again. They have fans in every age group and play huge sold-out arenas around the world. They drive in black Mercedes limousines – each on their own – stay separately in luxury hotels, and have separate backstage dressing rooms each night. Only on stage are they together. We observe Morton Harket, Magne Furuholmen, and Paul Waaktaar up close with our camera. Our mission is to find out why these three, friends since childhood, are now so cold with each other. Something is rotten between them, but what?

The two blondes in the band – Magne, and Paul – formed their first band together at the age of 10. And like many teens, they dreamed of becoming world-famous rock musicians. In 70s Norway, that was an impossible and childish dream. The country was primarily known for "Zero Points" in the Eurovision Song Contest and had never produced a band that was famous beyond the country's borders. But these boys, of all people, succeeded. Their dream came true. But did it really come true? All three of them answered this question with a slight doubt. They actually dreamed of becoming serious rock stars, not teenage idols pictured in glossy magazines.

As soon as success came, the friendship began to suffer: The two blond school friends Paul and Magne argued about everything. Who composed what, which song will be on the album, which will be a single. But there was one thing they agreed on: they were both jealous of Morten. "Why does this guy we brought into our band as a singer, who sings our music, why does he get all the attention?"

More than 30 years later, the three still disagree about almost everything. But they have come to terms in this marriage with a grown-up child called A-ha. They never shout at each other – unlike Metallica, for example, after all, they are Norwegian. But it's a perpetual silent battle, and it's always very, very long emails peppered with accusations and disagreements.

Why can't these three just stop fighting and enjoy their enormous success?