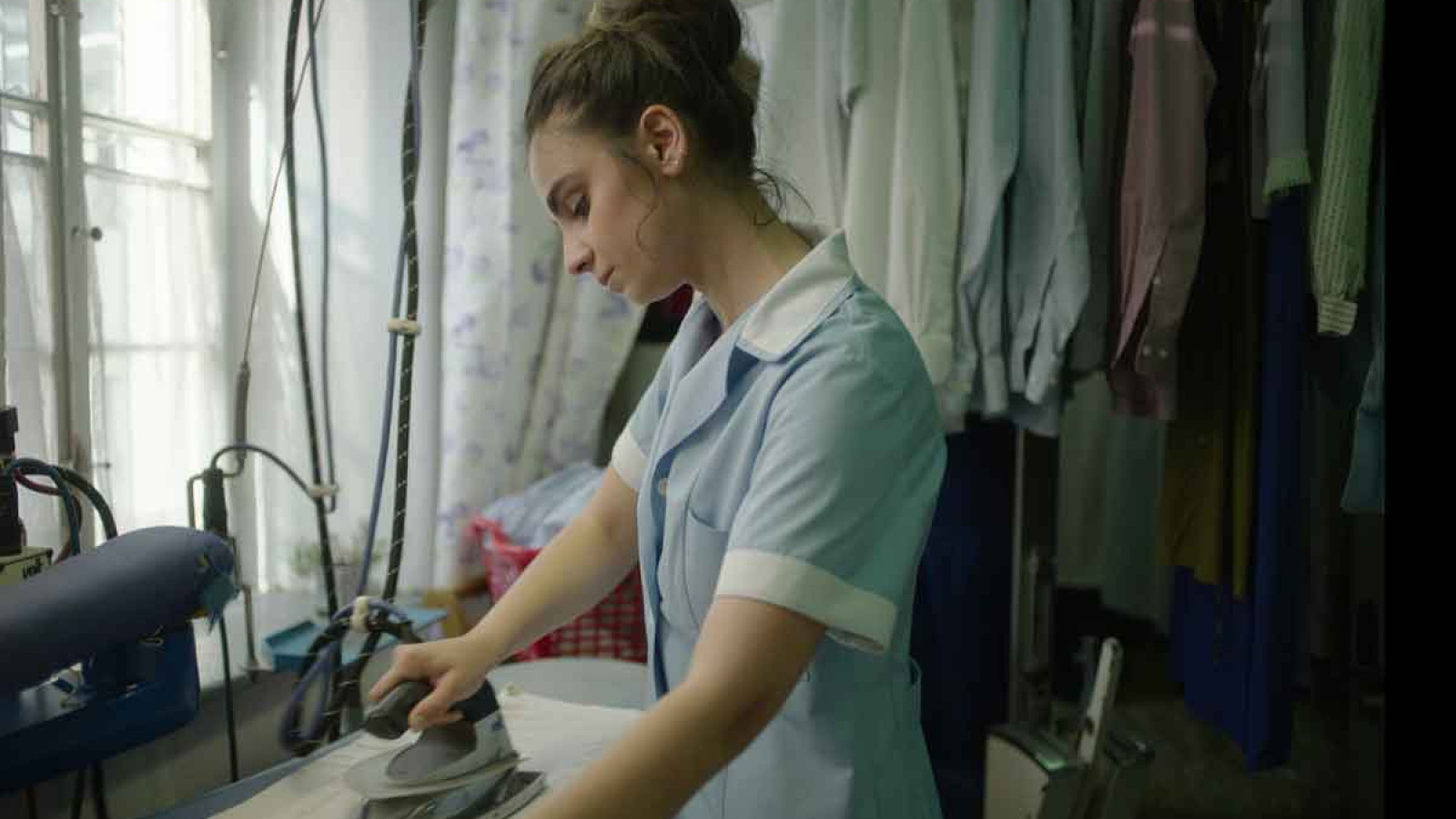 Milena Aboyan's graduation film at the Filmakademie Baden-Württemberg ELAHA was selected as one of six projects in post-production for the First Look section of the Locarno Film Festival.
Press release

After the world premiere of GEWALTEN at this year's Berlinale, another Kinescope Film production has been invited to an international festival: Milena Aboyan's graduation film at the Filmakademie Baden-Württemberg ELAHA has been selected as one of six post-production projects for the First Look section of the Locarno Film Festival, where it will be presented to world distributors, film buyers and film funding bodies.

"We are hugely happy for filmmaker Milena Aboyan and see ourselves strengthened on our path to discover, promote and accompany young talents. It is simply great that the First Look selection committee has recognised the great potential of this young director and that we are able to present her thematically important film to the industry in Locarno," says Kinescope Film managing director Matthias Greving.

In her film, director Milena Aboyan describes a young woman torn between sexual self-determination and the norms of her community: 22-year-old Elaha is no longer a virgin. So that no one finds out about her premarital sex, Elaha does everything she can to regain her virginity. Elaha is Milena Aboyan's graduation film at the Filmakademie Baden-Württemberg. The film is a Kinescope Film production in co-production with Essence Film, Filmakademie Baden-Württemberg, SWR and arte, funded by MFG Filmförderung Baden-Württemberg and nordmedia. The script, written by Milena Aboyan together with Constantin Hatz, was nominated for the Strittmatter Prize and the Schreibsüchte Prize of the Sehsüchte Film Festival in 2020.

First Look is the Locarno Film Festival's "Work in Progress" section, which takes place during the Locarno Pro industry days. Each year, six feature films in the post-production stage from a different focus country are selected and presented to representatives of world distributors, funding bodies and festivals to support completion, increase sales opportunities and enable participation in international festivals. All films have a chance to win various prizes, including the €50,000 Cinegrell First Look Award for the completion of the film. In this year's edition from 5 to 7 August, First Look is dedicated to German film in cooperation with German Films.