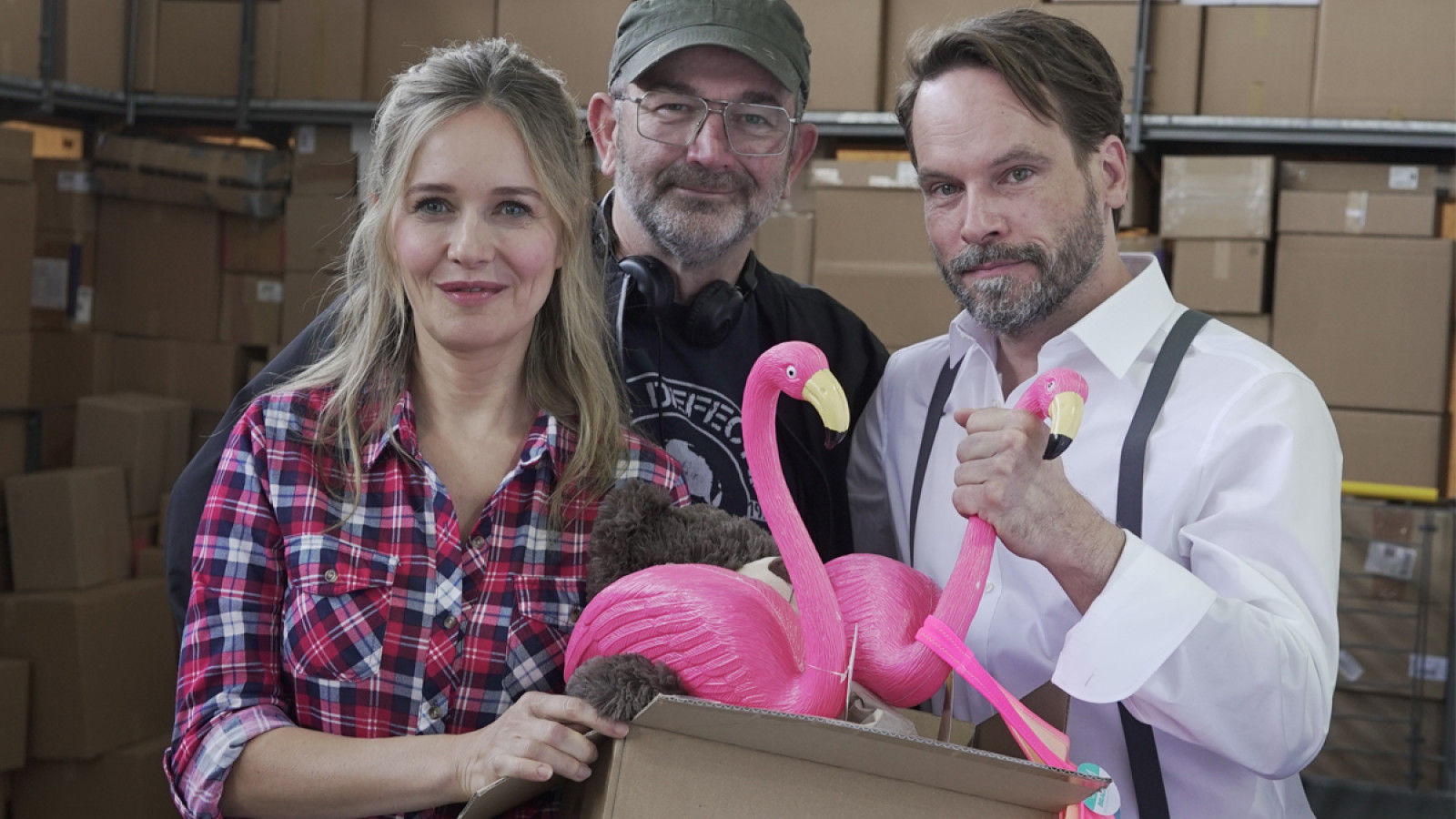 Turbo capitalist with plans to expand a returns centre in Mecklenburg-Vorpommern meets a staff and a boss who interpret the returns trade in their very own way.
The three-part NDR series is being filmed in Schwerin and the surrounding area until 16 August.

Higher, faster, further... embracing progress and being a global player - that's Oliver Drittenpreiß (48). He may come from the East, but he is now even the more westernised Wessi: a turbo capitalist, in a positive-manly way. Oliver is usually 10 steps ahead in his thoughts - and that is exactly his profession: he makes companies fit for the future, promotes the technical upgrade spiral, thinks big, efficiently, about mass. Corona has boosted online retail even among those who previously still shopped locally - and with it the (un)avoidable returns. A new, large returns centre is needed. And Oliver has chosen exactly one candidate: the Meck-Pomm returns centre (RMV for short), a tranquil, economically inconspicuous centre that no one has been interested in so far - and that was a good thing. Because what neither Oliver nor the company headquarters know is that things at RMV are not as boring as the figures suggest! In the realm of boss Susanne Krombholz (45), they have found their very own interpretation of the social market economy: the Second Chance Combine. Here, spurned returns are sold under the counter - instead of being shredded as prescribed. That's (almost) all still good! The profit goes into the company's own pocket - so it's for a "good cause". For ecological reasons and for the very own capitalist interests of the RMV employees, Oliver's (night)dream of a modern and transparent mega-centre must not come true. Somehow they have to get rid of the visionary Oliver as quickly as possible - if necessary by radical means.