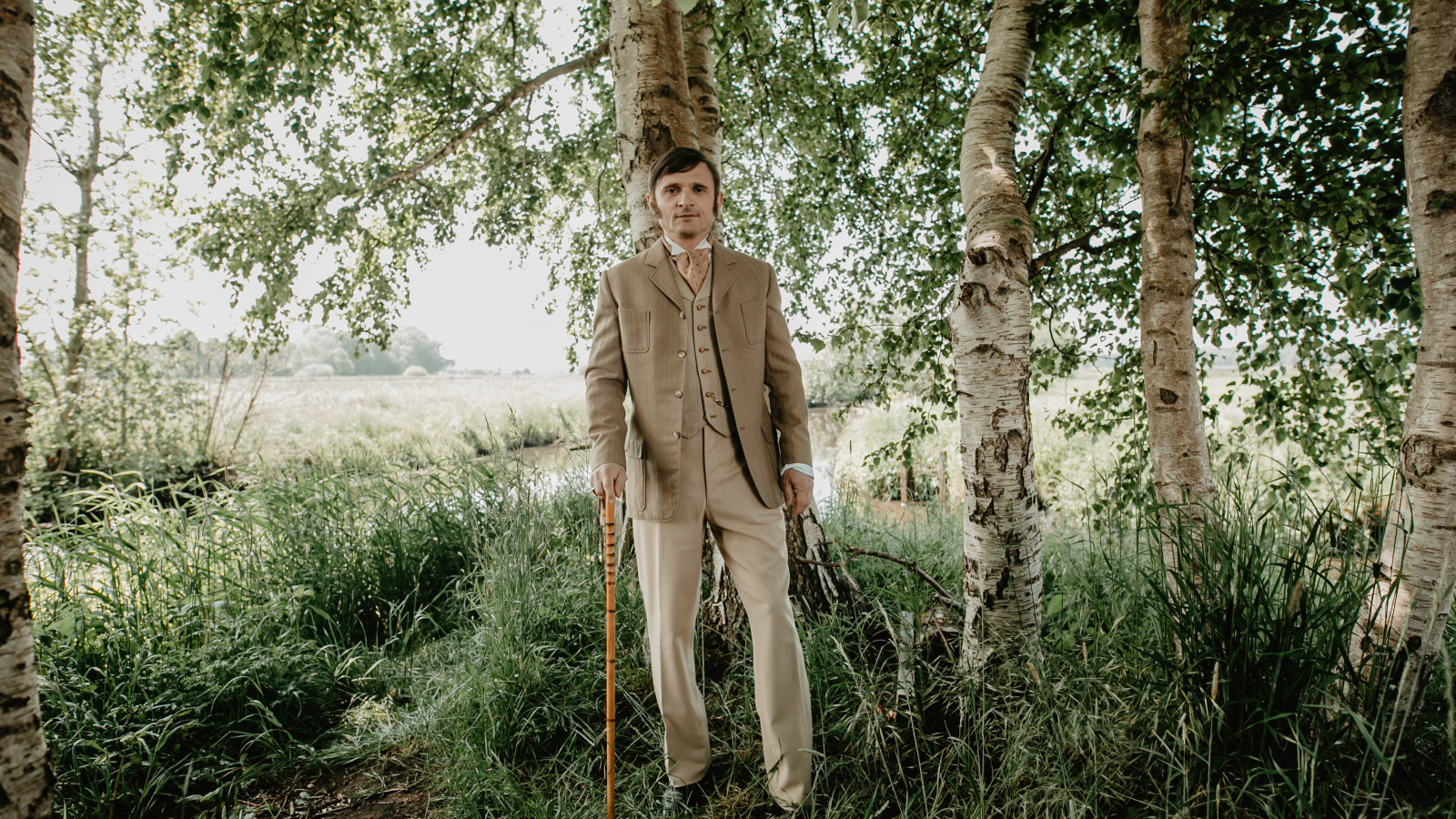 On May 12th, the documentary feature film HEINRICH VOGELER – FROM THE LIFE OF A DREAMER will be released in cinemas. The world premiere with numerous guests will be celebrated in Bremen in the evening.
Cinema release

In attendance of the director, the producer, numerous protagonists, and actors, the world premiere of Marie Noëlle's film HEINRICH VOGELER – FROM THE LIFE OF A DREAMER about the painter, graphic artist, architect, designer, educator, and writer Heinrich Vogeler will take place on May 12th, 2022 in Bremen's Theater am Goetheplatz. Vogeler was also a co-founder of the artists' colony Worpswede. Farbfilm Verleih is releasing the film in cinemas nationwide.

Marie Noëlle ( THE WIFE OF THE ANARCHIST) focuses on the extraordinary biography of Heinrich Vogeler in her film HEINRICH VOGELER - FROM THE LIFE OF A DREAMER. In a mixture of documentary and feature film, she brings key scenes of his life to the big screen. The main roles are played by Florian Lukas as Heinrich Vogeler, Anna-Maria Mühe as Magda Vogeler, and Naomi Achternbusch as Paula Modersohn-Becker. Also in front of the camera are Uwe Preuss, Johann von Bülow, Alice Dwyer and Samuel Finzi.

The documentary part features Vogeler's direct descendants, contemporary German and French artists such as Norbert Bisky and Sophie Sainrapt, as well as historians, literary figures, and experts on the European and international art scene. In dialogue with them, Vogeler's work and life will be reflected upon and an arc will be drawn from the art scene of that time to the present, and universal questions about the nature of art and artistic existence will be told using Vogeler as an example.HEINRICH VOGELER is a production of Kinescope Film (producer: Matthias Greving) in co-production with NDR/ARTE (editor: Claudia Cellarius) and was supported by nordmedia and the German Federal Film Fund (DFFF).