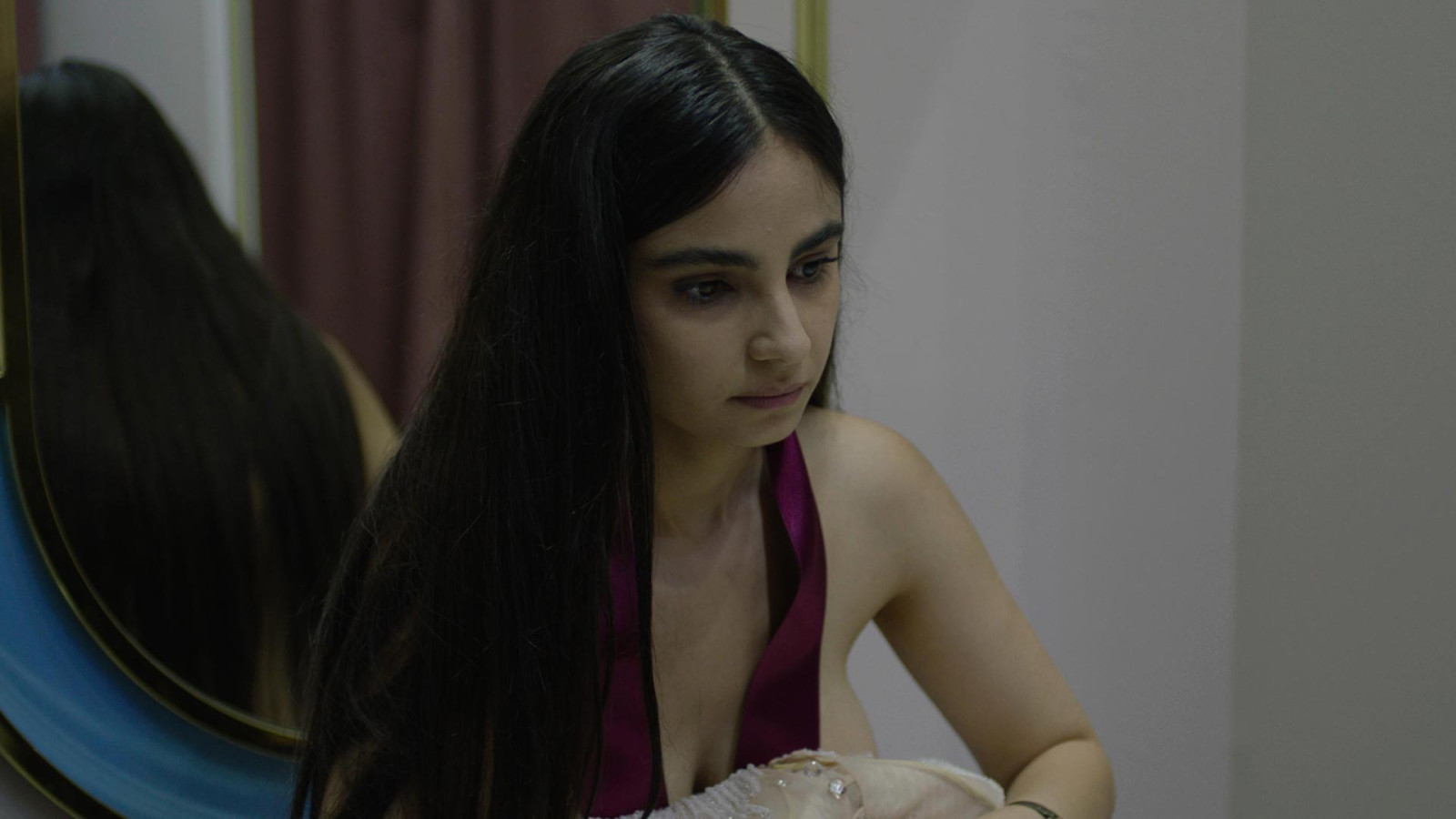 Director Milena Aboyan describes a young woman being torn between sexual self-determination and the norms of her community.

A naked young woman is standing in front of a running washing machine. Flashback. The 22-year-old Elaha obsessively tries to recover a supposed innocence that she has lost through sex. A plastic surgeon is going to restore her so-called virginity. But she cannot come up with the money for the costly procedure. While looking for an alternative, she comes across a special product – a capsule of artificial blood. But this supposed solution forces her into self-exploitation. After some heavy setbacks, Elaha chooses her self-determined sexuality as a woman.

ELAHA is Milena Aboyan's graduation film at the Filmakademie Baden-Württemberg. The film is jointly realised by Essence Film, SWR and Arte.