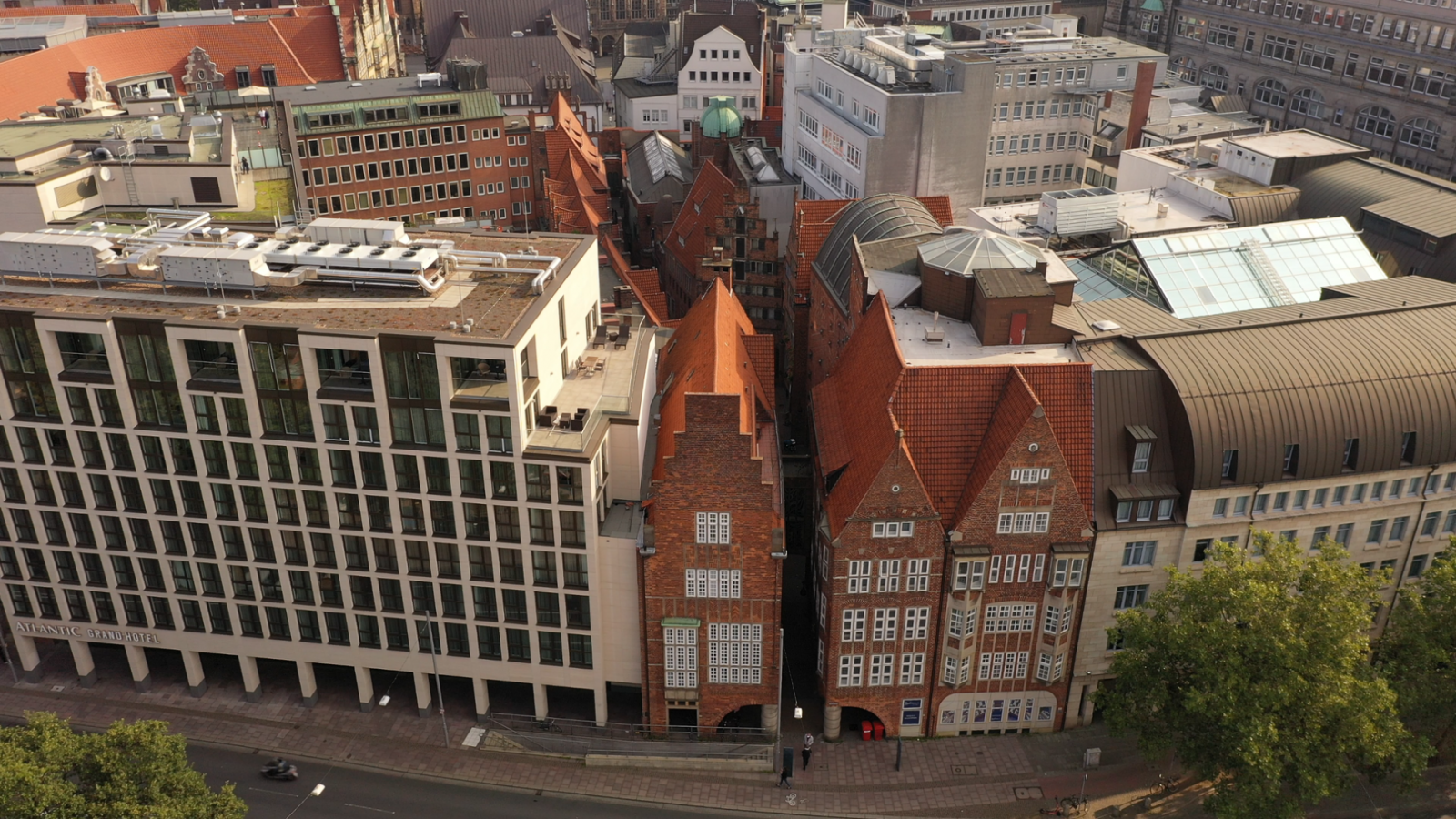 Its 100th year in particular is pointing the way ahead for Bremen's Böttcherstrasse. While the city is becoming deserted, Bremen's most famous street must assert itself as a tourist magnet and also become more attractive for locals to store. 120 people live and work in Ludwig Roselius' historic ensemble - goldsmiths, coffee roasters, sound designers, and restaurateurs. Will they manage to pull this gem away from the maelstrom of downtown's demise?

Galeria Kaufhof - is being demolished, Zara - is closing, Karstadt Sports - is closing. Vacancies now characterize Bremen's pedestrian zones. The city center is increasingly losing its appeal, which is why the financially strong investor Kurt Zech wants to completely redesign Bremen's city center. Bremen needs tourists. And that's why Bremen needs the Böttcherstrasse more than ever. More than 1.1 million visitors come to the Hanseatic city every year and are an important economic factor. Böttcherstrasse, which is only 110 meters long, is one of the most important sights, along with the Schnoor and the Bremen Town Musicians. But to remain attractive, it must also change. And that is not at all easy for the people from Böttcherstrasse. One hundred years ago, in 1921, the conversion of dilapidated houses began. Since its completion in 1931, Böttcherstrasse has been home to museums, gastronomy, culture, and retail - all in the historic ensemble designed by Ludwig Roselius, Bremen's coffee merchant and patron of the arts. Where coopers (barrel makers) worked in the Middle Ages, today mainly vacationers pass through. And behind the brick walls sit young creative companies. There are even two private apartments in the tourist street, high up with a panoramic view over the roofs of Bremen. We take a look behind the scenes of the world-famous street, where once skilled craftsmen and merchants came to great wealth. Even today, craftsmanship - albeit a very different one - determines the flair of the street. 120 people live and work in Böttcherstraße and want to transform history with the present into a rosy future. As a contrast, we would also like to capture the bleakness of Bremen's city center in comparison to the lively Böttcherstraße on film.