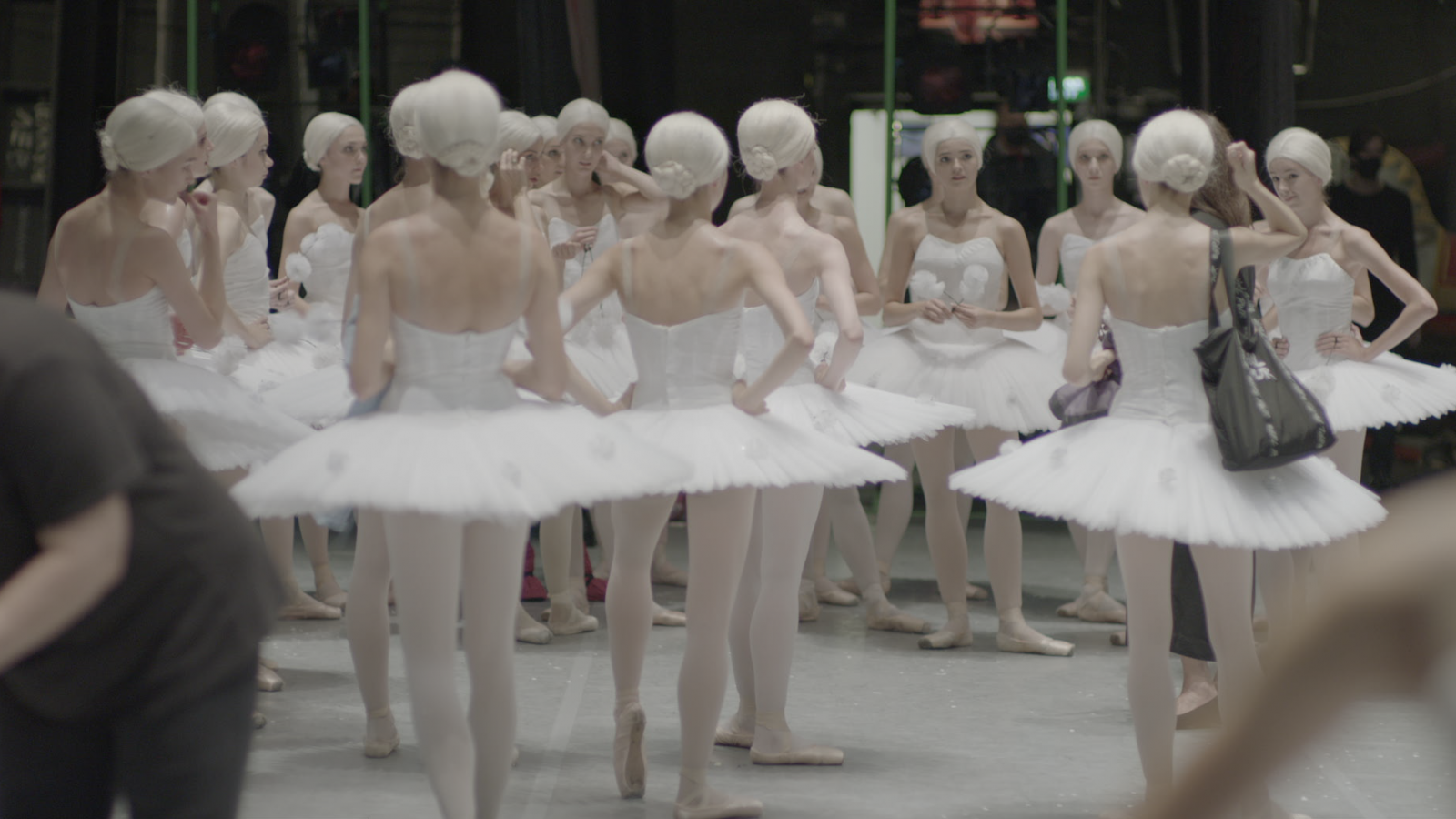 The Bolshoi Theater is the most famous and important theater in Russia for ballet and opera, and also one of the most famous musical theaters in the world. It is a symbol of tradition and embodiment of Russian high culture. In many cases, an instrument of politics, scandalous and yet, above all, a centuries-old symbol of the highest artistic achievements and sacrifices. There are not many brands that represent Russia in the world, probably the most significant today is the Bolshoi Theater.

For one year, Anastasia Popova and her team followed the unvarnished everyday life of one of the most, if not the most, sought-after workplaces in the world of dance on almost 150 days of filming, and took a look inside the world's largest ballet company, led by Makhar Vaziev, with more than 200 dancers. After what was probably the biggest scandal in the history of the Bolshoi, the acid attack on Sergei Filin, who in his five years in office shaped the Bolshoi's program with celebrated works by foreign choreographers such as John Neumeier and Reid Anderson, and his dismissal by artistic director Vladimir Urin, the Bolshoi Theater is opening up completely for the first time in its history, which began in 1776. This is a unique opportunity to show the real, personal drama behind the Russian theatrical tradition and to provide an unrestricted view of the renunciatory and passionate life behind the scenes, which is otherwise hidden from the world. Unobtrusively, our camera will show how the preparations for a new production go - from the concept to the premiere, how the Russian-born world stars of opera and ballet (Anna Netrebko, Svetlana Zakharova, and others) rehearse, how they really talk, with what an iron fist the Bolshoi is run and how the negotiations go on behind closed doors. For the first time, viewers will have the chance to watch the world's best and most renowned theater directors at work - for example, Dmitry Chernyakov or Alexey Rotmansky. We are there when the big productions of the Bolshoi Theater leave again for the first time after the Corona crisis to different countries and shoot with them in Germany and also France. For this, we will spend a year at castings, rehearsals, tours, previews, and premieres. Day by day we will follow interviews, conversations between dancers and directors, rehearsals, work with choreographers, dance and singing teachers, reunions with Bolshoi legends, and the specifics of the productions. Vladimir Urin has given us exclusive permission for all of this, without any right to object to the finished film. Our focus always remains on the personal approach to the legend of the Bolshoi Theater, with the goal of making its creation and its irrepressible charm comprehensible. and its irrepressible attraction, and how it has been and will continue to be artists of the past, present, and future artists of the past, present, and future.