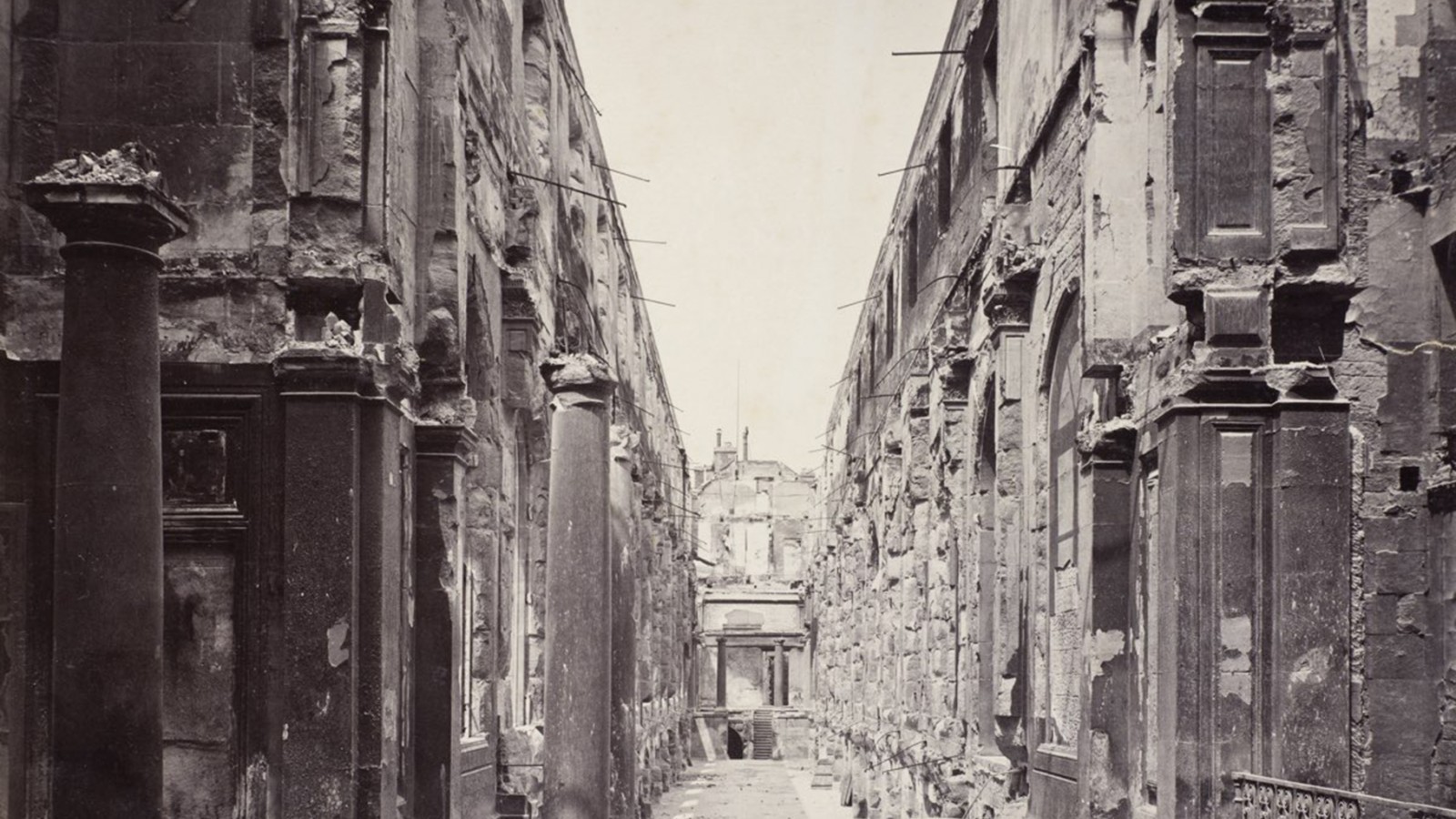 In the period around 1870/71, as well as during the weeks of the Paris Commune, photographers documented the battlefields with their plate cameras

The documentary focuses on spectacular photographs from the Franco-Prussian War of 1870/71. They are among the earliest war photographs ever taken: their rediscovery provides a new approach to the historical event, which will be 150 years old in 2020.
The Franco-Prussian War of 1870/71 had been provoked by Bismarck - as a means to establish the German Empire in January 1871. On the French side, the lost war was followed by the civil war: the uprising by the Paris Commune. The communards did not want to accept the capitulation of France; in the "bloody May Week" of 1871, their uprising was brutally put down by executions.
The image scholar and art historian Paul Mellenthin spent years of research searching for, discovering, and analyzing photographs around the world. In France as in Germany, he met private collectors, archivists, and museum curators who opened their archives to him in order to reflect together: How do the photographs taken by French photographers differ from those taken by German ones? Did the photographs serve a patriotism inflamed by the events of the war or did they simply bear witness?
The highly dramatic events of the Franco-Prussian War and the Paris Commune are impressively depicted in the photographs. For the first time, they are presented to a broad public in a film documentary: They impress with their beauty and cruelty and pose the current as well as a fundamental question of the representability of war.