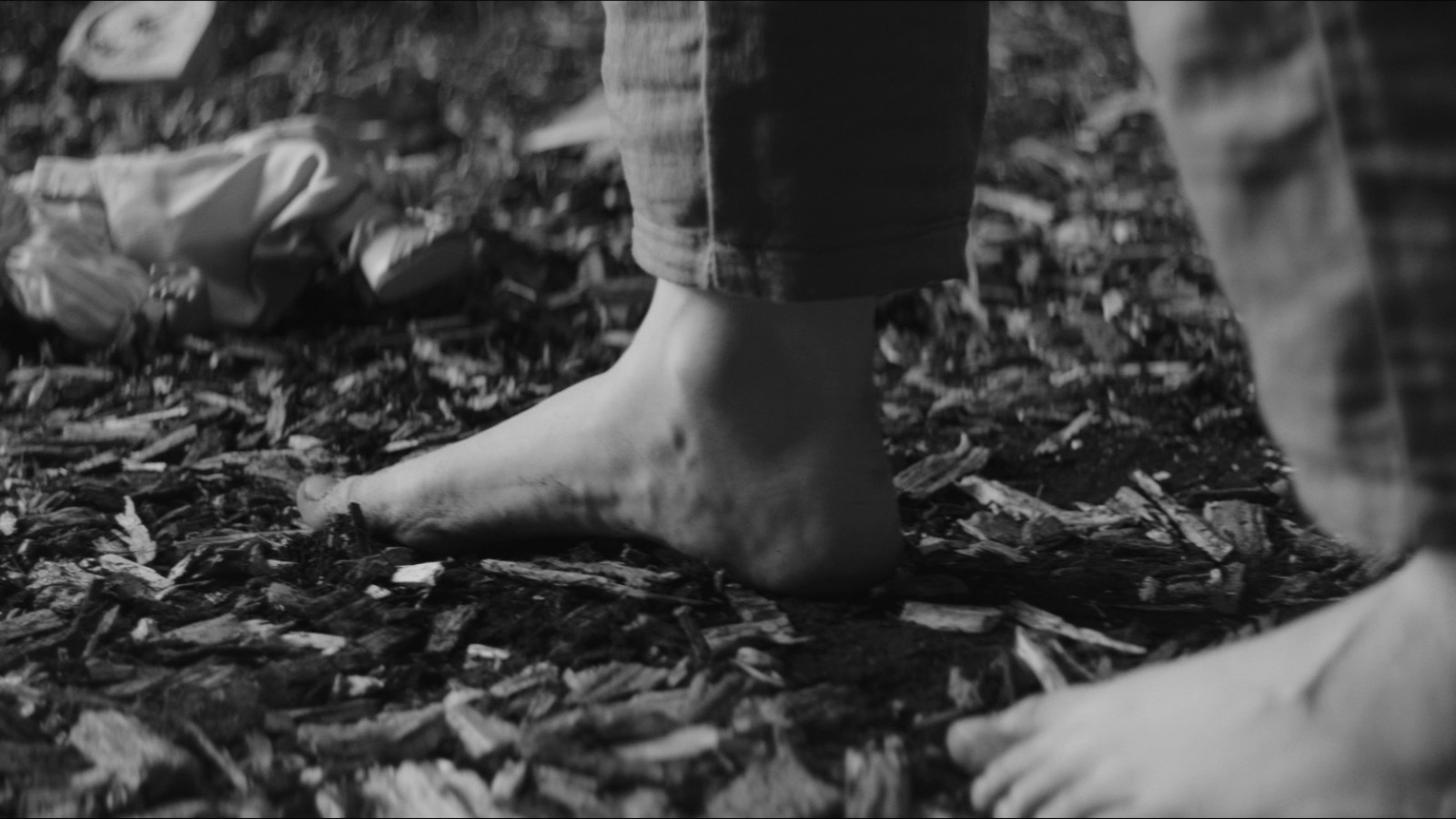 A person took his own life. The suicide note comprised 67 letters which, in their given order, resulted in 13 words. "Suicide. No autopsy needed. Hand over notes about my existence to Constantin Hatz."

In 2015, a person took his own life. This person wrote notes over the years - "notes about my existence", as he called them himself. They contain a self reflection on his life, which was shaped by war and escape. After his death, a text was created from the extensive written material. A truck driver, two guests in a workers' housing, a lumberjack, a nurse in a psychiatric clinic, and an actress in a theater reproduce this text in the first person in five episodes and speaking exclusively with the words of the deceased. These people, as well as the places where they act, have no direct connection with the author of the notes but are oriented to five stations of his life. His story breaks into the cinematic plot of the six people in the form of the text, and he begins to exist again as the deceased main protagonist of the film.